Thoughts and Images from the Greenville, NC "Send Her Back" Trump Rally

I don’t recall any specific faces or themes, but I know I had a stressful dream the night before the Trump rally that shocked the world with the “Send her back” chants. In the many hours leading up to the event, when I knew Greenville citizens and out-of-town travelers alike were already lining up outside of ECU’s Minges Coliseum, I worried for my town. Part of me really didn’t want to witness any of it (in addition to warnings of oppressive 90-something degree heat), but I convinced myself that this was an important day in history and that it may be useful, indeed illuminating, to document it. I was tense as I readied my lens, poised to capture anything, preparing myself for violence, even. But to be honest, I’ve felt more threatened in a Walmart parking lot. This latter half of the rally had the energy of a heavily attended church barbecue, not a political event. I was terribly curious about the people in my region who support Trump—I wanted to see faces, to visually associate humanity with a group that reveres a leader with dehumanizing behavior. 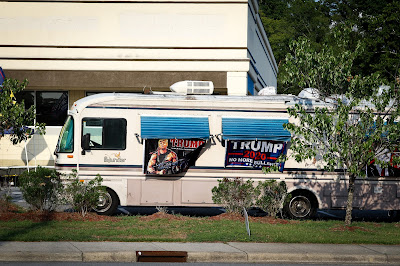 I’ve spent most of my life in Pitt County and so, to a degree, understand where the people who are spouting the rally’s racist rhetoric come from. They and their parents went to the same schools as me. They played volleyball with me, took me to youth programs at their churches, clapped for me at the talent show. Like me, they were entrenched in a persuasive regional culture that discourages open-mindedness. Some of us are unlearning that culture faster than others, but I’ve seen why and how it’s there. Part of my personal mission is to express empathy and compassion to everyone, regardless of political or religious beliefs, etc. But days like this make it a little harder to have faith in this part of the world.

I arrived on the scene right after Trump’s motorcade had slinked through the city. He’d been brought in to the coliseum along with 8,000 Eastern North Carolinians. On the streets outside the coliseum complex, there wasn’t much activity. Small, scattered groups of people walked along the closed off roads. As we breached the peripheries of the rally, Anti-Trump protestors came into view, corralled in a shady patch of grass strangely named the “Free Speech Zone.” I found this both unsettling and amusing—what are the other zones supposed to be? 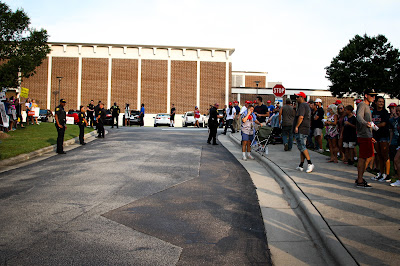 I discreetly greeted friends who were at the anti-rally; although my social values align with this group, I needed to assume a journalistic neutrality if I were to be trusted to photograph the rally attendees. I would later come to appreciate this editorial approach as it afforded me some cushioning for the upset that I was feeling. I snapped away at sign-wielding protestors and a small group of Trump supporters donning red MAGA caps, yelling at each other from across the road, separated by a line of police. Moving along with a small sea of red-caps, I entered an area which served as a holding space for people who couldn’t get in to the rally indoors. 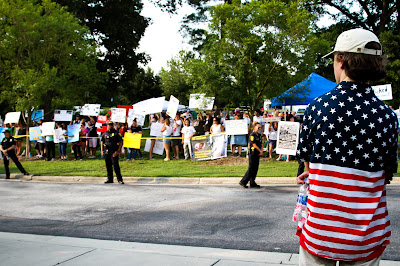 I wondered if my proximity and photographic investigation would endow me with some sudden understanding of them. Instead, I caught the strange energetic dregs of a medium-sized crowd of people camped out on lawn chairs while they watched the Presidential speech on a jumbotron. Since I’m a white woman and was wearing nondescript clothes, I slipped through the Trump crowds receiving little more than the occasional suspicious glance that’s often directed at photographers.

Here are some things I saw: T-shirts glorifying God, Guns, and Trump. A lone guy running around in a green cape with a “Legalize Weed” flag. Protesters yelling at young Trump supporters to go to college. A Trump supporter shouting that, if a protester wanted to end gun violence, they should purchase ten guns because then no one would fuck with them. More Trump-supporting people of color than I could have imagined. Kids on their father’s shoulders so they could see the speech better. An anti-abortion van next to a line of food trucks. Lots of homemade protest signs insisting Trump is a Rac/pist. A professor from my undergraduate days adjusting his MAGA hat. Cops yawning. A drunk woman falling in the street. People taking selfies. Talks about how America used to be strong. Some intelligent people having unintelligent conversations. 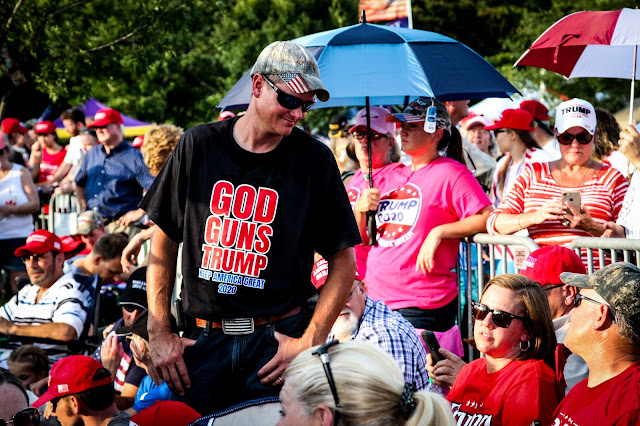 During my photographic walkabouts, I was overcome with the feeling that this was all ridiculous. Especially Trump rhetoric and marketing, but even the interactions between members of my mostly liberal-minded community and rally attendees. The whole day felt like a chance for people to oversimplify huge social, economic, and political issues into hot, distilled anger. That was not a space for education, intellectual discourse, or thoughtful adjustment to the policies everyone’s so fired up about. At best, it was a space for networking among likeminded individuals. At all times, it was a space for heightened emotion. I can’t yet tell whether this event will be binding or destructive for our community, whether it will burn for a few weeks and then settle with no change or continue to simmer.

I’m shaken y’all, at a frequency that can only occur when you witness a menacing movement like this in your own home. That day made me acutely aware of how many people in my town and region either misunderstand or tolerate racism and persistent hate. 8,000 of my mostly-white neighbors assembled in the center of my town to scream for our political leaders to be forcibly shipped out of the country. Though it’s argued as unapologetic advocacy for tight immigration policy, it’s not. It’s not about jobs, welfare, or any other blanket partisan issue. It’s about those congresswomen being anything other than white. 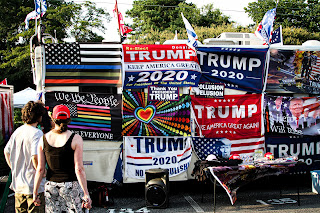 It’s one thing to support American immigration policy that results in the “collateral damage” of separated children and families (which seems to be totally acceptable to a lot of people around here). It’s another to espouse that policy with hate speech. Like most American cities, the relationship between our town’s politics and culture have historically had a racist slant to them. However, I’ve felt encouraged by some of the more progressive changes that have been made in recent years. The day of the rally made more pronounced the still-lingering racism that has crept along insidiously through our town’s development. That day didn’t look like progress at all.
Actions like that don’t mask the deeper nature of these policies—it brings the bigotry out into the open. This is initially terrifying but may ultimately be a good thing if we respond by demonstrating our insistence that bigotry will not be tolerated in our country or this city, no matter how backward our history is. 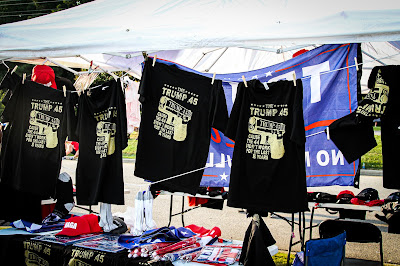 That being said, we’re one of the wealthiest nations in the world. We get the privilege of having these political conversations out in the open, although rallies and protests are increasingly policed. I’m grateful for that openness, for the right to dissent, however fraught it may be. Lately I’ve had this statistic ringing in my head: if you make more than $11,000 (which is below the American poverty line) you’re in the top 15 percent of income distribution in the world. If you make more than $52,000, you’re the top 1 percent. That gave me a whole new perspective on the day of the rally. I am fortunate to have been born in one of the richest countries on earth. In these times I find myself caught between so many seemingly oppositional perspectives—rich/poor, conservative/liberal, American/Foreigner, home/elsewhere. I’m looking forward to continuing to explore to actions that undermine these oppositional perspectives and create safer, more equitable homes everywhere. 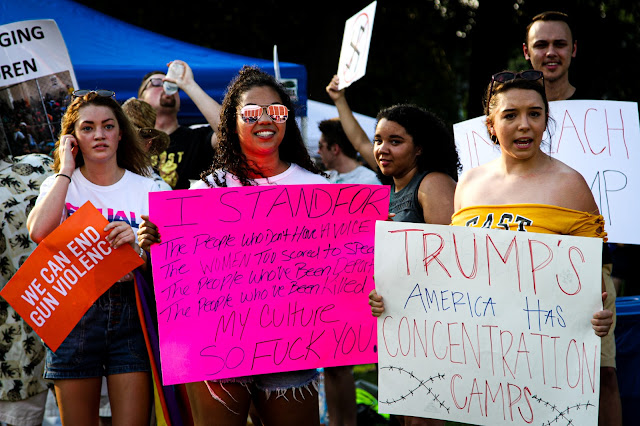 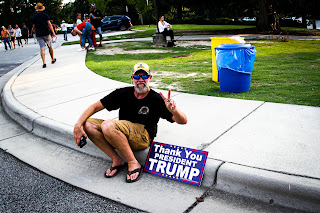 To my friends in the world who might be wondering, I don’t know how I’m doing, how my town and the South are doing, or what direction anything is in, really. My biggest hope is that this experience will bring forth strong science, artistic and activist minds who will respond with effectiveness of leadership and policy in whatever their field. This is a call for talented and devoted public servants to work towards progress that unifies. 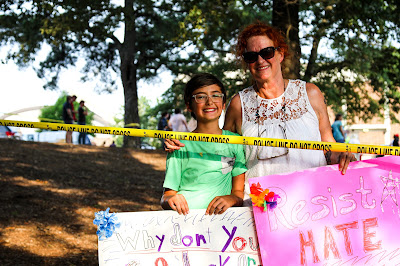 For encouragement, here are some links:

The Scullery got a lot of press for their applaudable profits stunt. Check out this Newsweek article about it.
https://www.newsweek.com/north-carolina-restaurant-owner-donates-proceeds-immigration-1449992

Reverend Bob Hudak, wrote an open letter welcoming the president to our city by giving him some information about its inhabitants, including immigrants.
http://www.reflector.com/Letters/2019/07/17/Dear-President-Trump.html

The world took notice of Greenville for the “Send her back” chant. Bask in the endlessly amusing and profound quips of Stephen Colbert in this short video about Trump insisting that isn’t racist, among other things. How many times is this poor guy going to have to insist he’s not a racist? Bless his heart.
https://www.youtube.com/watch?v=so6qqFMSoDE 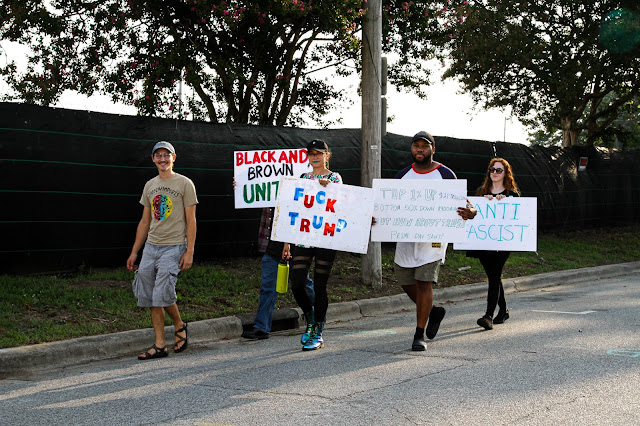 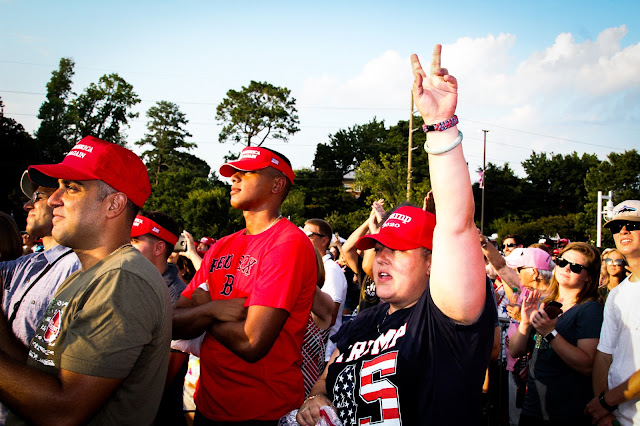 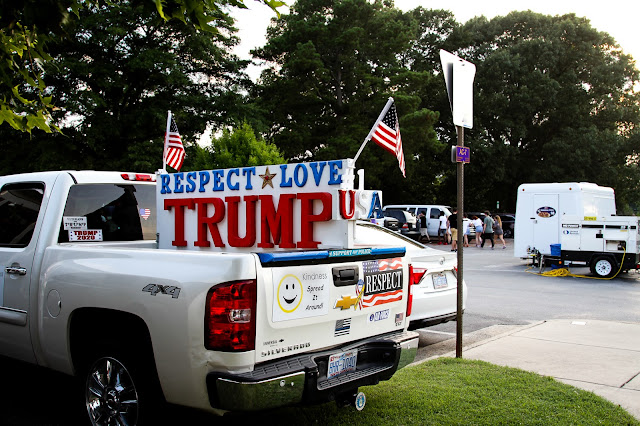 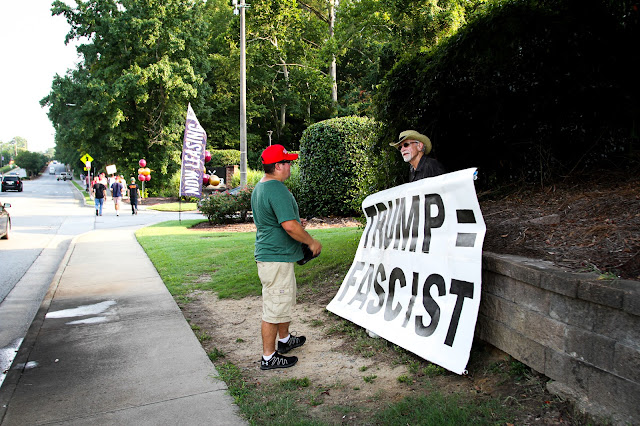 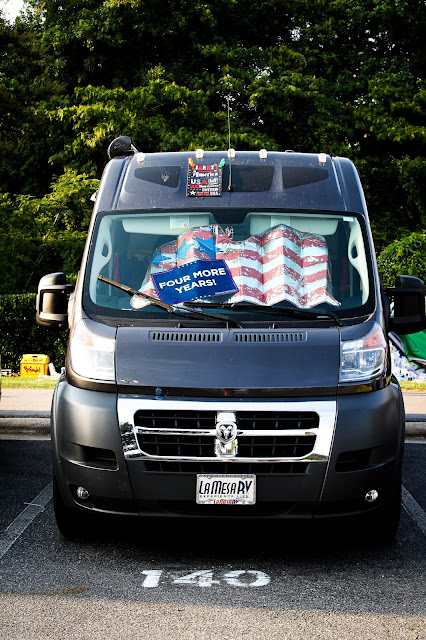 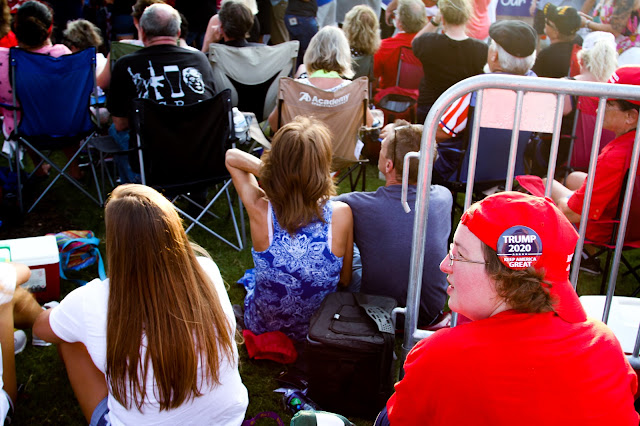 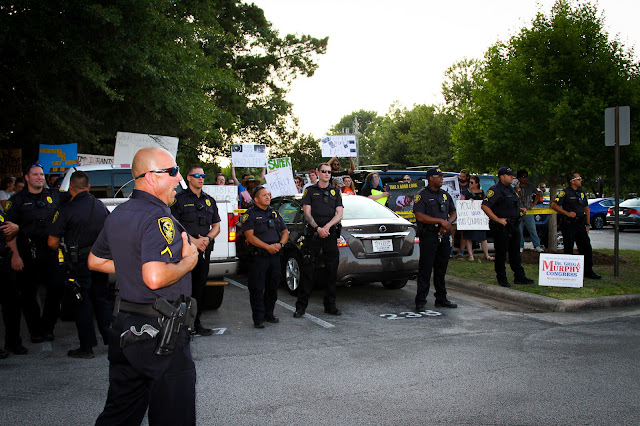 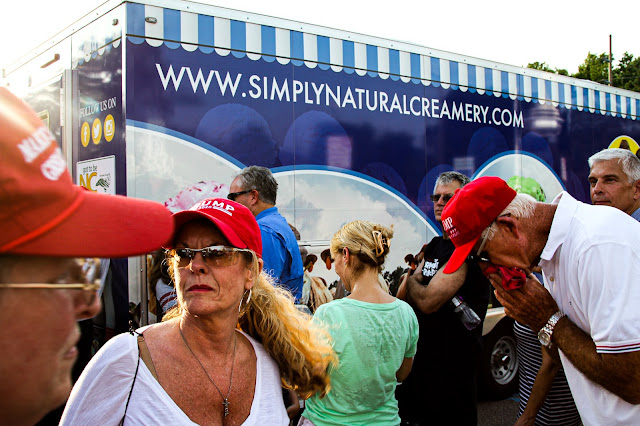 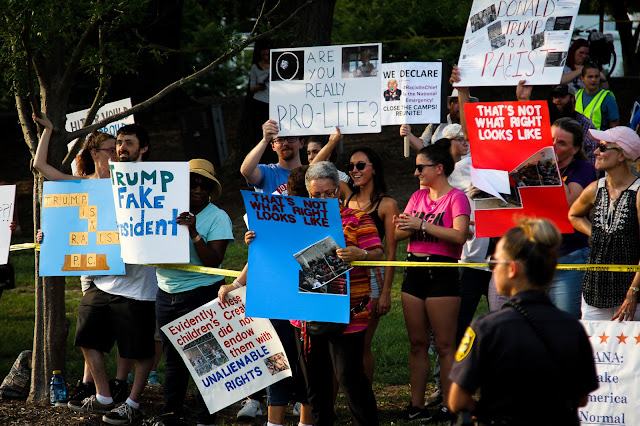 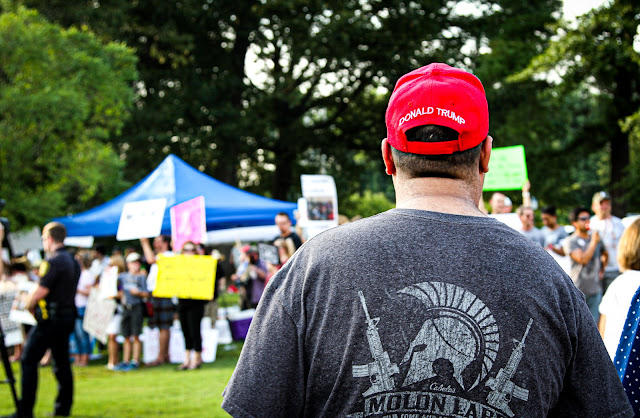 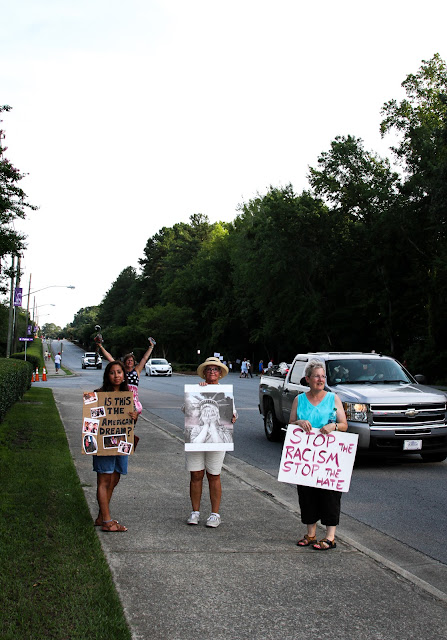 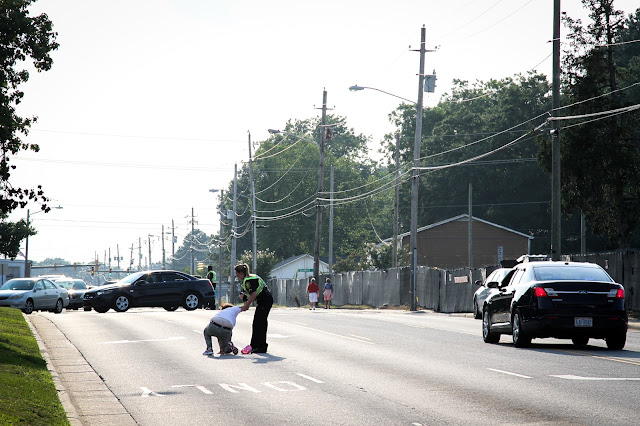 Popular posts from this blog

January 01, 2021
BEST MOVIES/TV (I'VE SEEN) IN 2020 I don't know about you, but for me this wacked out year has resulted in lots of homebound free time. Besides the lack of social interactions, 2020 also saw me unemployed, out of school, and without a car most of the time. This gave me a LOT of time to watch movies and television and   I love  visual storytelling, so this year I've kept a list of my favorites! And I'm challenging myself to tell you why I love them in 3 sentences or less (spoiler: I don't succeed).  There aren't any overt STORY spoilers as I can tell, but I do mention major themes/concepts in each of the pieces, so be aware. I was fortunate to have access to streaming services through friends and family, with most of my viewing being through Netflix and Amazon Prime Video. **Hot tax tip that I really hope I'm right about: If you have a media production business (film, photo, audio, music, etc.) you can write off subscriptions on your taxes. Keep that in mind
Post a Comment
Read more

January 25, 2017
To whom it probably doesn't concern, I wanted to address this most recent news because it seems to me like you're kind of confused. As a preface, the topic is not  about you it's signed 'yours truly,' concerns what I need to do. When I decide to move on from this relationship b/c it is no longer feeding who I am and/or I have forgotten how to feed myself, You, like so many other men before you, have the gall to tell me that surely I must have committed some unspoken infidelitous act to be convinced that I have room to grow. Yes, it seems you think that my body, like clay molded by unscrupulous potters has been pulled in another direction, kneading me until I need them. Yes, please, be my guest blame my libido when I tell you I need to know that I can stand by myself. Like the only drive in my life that could influence me to leave you is a sexual one. No, my friend, I didn't need to dip my toe into the sea of empty relations to
Post a Comment
Read more

March 30, 2018
I loved her in the the lonely way that the earth begs for warmth a hope for spring and bursting. I offered her flower buds on my finger tips ripe with waiting for kiss to bloom. I folded and unfolded my petals, slick with morning dew eager for her gaze please, look inside me. I carved out a space into which we both could grow I prayed for harvest and hid daydreams in the hollows of my neck.
3 comments
Read more

McKenzie Shelton
How do I process the sweet and salty absurdities of life? Poetry, thinking about art, and ruminating on society, which are maybe all synonymous.